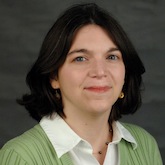 The Web has fundamentally changed how we learn, play, communicate, and work. Its influence has become so monumental that it has given birth to a new science: Web Science, or the science of decentralized information structures. Although Web Science is interdisciplinary by nature, this course will be focusing mainly on the computing aspects of the Web.

Catalog Description: Provides an overview of the World Wide Web and associated decentralized information structures, focusing mainly on the computing aspects of the Web: how it works, how it is used, and how it can be analyzed. Students will examine a number of topics including: web architecture, web characterization and analysis, web archiving, Web 2.0, social networks, collective intelligence, search engines, web mining, information diffusion on the web, and the Semantic Web. Prerequisites: A grade of C or better in CS 361 and CS 330.